Day 2: San Pedro de Atacama -> Stargazing Tour
We spent the following morning in San Pedro de Atacama. Truly a traveller’s town, San Pedro is almost entirely catered for tourists. Many international brands, even Patagonia, have percolated through the city centre. Thus, San Pedro de Atacama serves as an opportunity for last-minute purchases of warm clothing, accessories, and snacks. The laid-back town can be thoroughly covered in half a day. The town centre consists mainly of the tree-lined Plaza de Armas, leading down the two main roads, which are in turn flanked by tour agencies, shops, and restaurants. 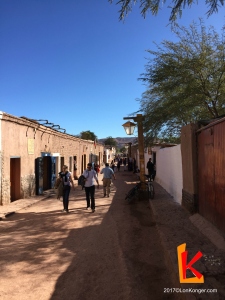 The square is adjacent to the Church of San Pedro de Atacama. Built from adobe, the church is small but elegant; reportedly, it is the second oldest church in Chile. Oddly enough, in most pictures and postcards, the church is painted white; during our stay, the church reverted to its unpainted, clay-coloured façade, for a reason unbeknownst even to locals.

Our lunch was interrupted by rhythmic drumming and chanting outside the restaurant. Coincidentally, we happened upon the Fiesta de San Pedro y San Pablo, which commemorates the patron saint of the town. The procession, consisting of old and young alike dressed in colourful, traditional robes, ambulated down the main street. Amid chants of “Viva San Pedro!” led by a woman atop a slow-moving jeep with a loudspeaker, the crowd carried floats of the patron saint down the street. 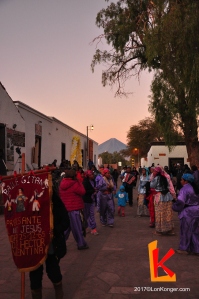 Stargazing Tour: Our second night in San Pedro de Atacama was spent outdoors stargazing. Far too often, our view of the night sky is corrupted by light pollution; those of us who live in big cities would be lucky to see more than a few stars. Away from the light pollution in San Pedro, the dry and unpolluted Atacama Desert offers an unrivalled view of the night sky. It is little wonder that so many top-tier observatories and telescopes are set up in the Atacama Desert.

We were lucky to have enough people to form a private group, and as such, our host Rodrigo was able to cater for us in combining aspects of stargazing and astrophotography in the three-hour experience. Thankfully, we were graced with ideal stargazing conditions; the sky was clear and crisp, and there was no full moon. Rodrigo picked us up at our hotel at around 10 p.m. and drove to a small cottage half an hour away from the town centre. He poured us tumblers of hot chocolate, led us outside into the whipping winds as we huddled in the warm safety of fleece blankets, and switched off the lights.

The view that awaited us was truly beyond description. As our eyes adjusted to the darkness, dots of blue and red consumed our field of view. A silver streak of stars – the Milky Way (our galaxy!) – banded across the sky. From an astounding morass of stars, we picked out the Southern Cross, the orange speck that is Mars, shooting stars, constellations. At the risk of sounding hyperbolic, our photos barely do the experience justice. 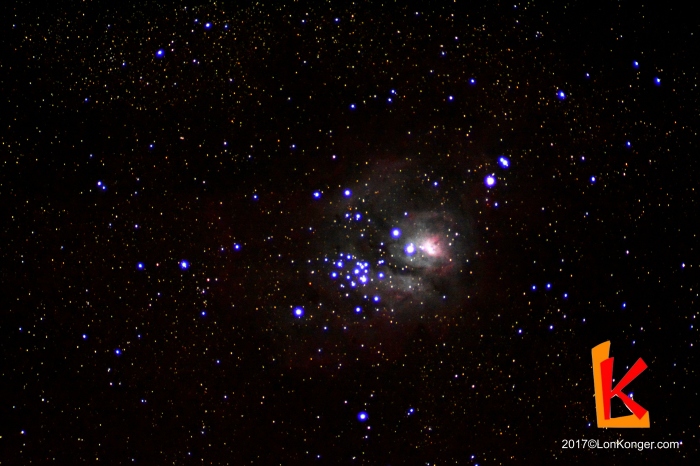 We spent the next two hours outside observing the night sky with the naked eye as well as with Rodrigo’s personal telescope as he explained planets, stars, constellations, and galaxies. Also an avid photographer, he gave us brief lessons on photography under low-light conditions. I speak for all of us in saying that the experience was one of the most memorable of our trip, and the serenity of the night sky was only improved by the knowledge and enthusiasm of Rodrigo. There is no excuse not to join a stargazing tour when you are in the region; the experience you have will be as unforgettable as ours. 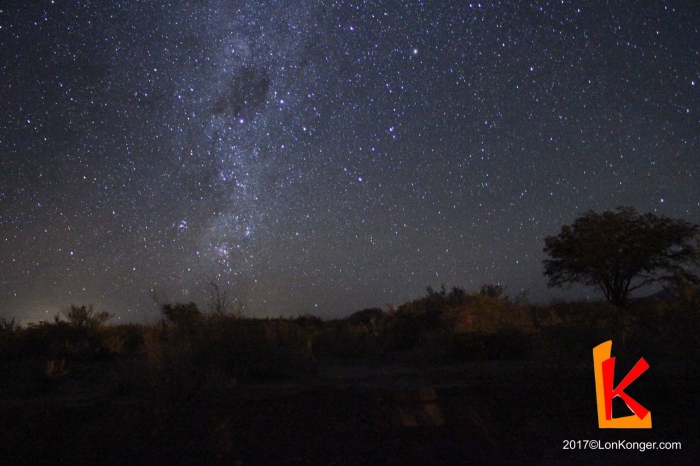 The night sky gave us the perfect send-off from the Atacama region and San Pedro de Atacama. San Pedro is truly the travellers’ gateway to fantastically surreal landscapes. While perhaps inauthentic to Chile, the charming and laid-back town is a massive departure from any typical Western town and gives us a tantalising glimpse at life in the Atacama Desert. Partially acclimatised to the higher altitude, we are now ready to venture higher into the Andes, towards the famous Salar de Uyuni.

Accommodation: Parina Atacama Apart Hotel. Apartment-style hotel with ample space and kitchen area. Clean, spacious, and located close to the town centre. Approximately 35 GBP/350 HKD per person per night, excluding meals. Payment is required only upon arrival at the hotel. Our hosts did not speak much English, but we suspect that this is the case for most hotels in San Pedro de Atacama.
Food: decent, hearty, and meat-heavy. There is a decent amount of choice, and many restaurants cater for tourists by including items such as pizzas, steak, or pasta on their menus. Most restaurants can be found either on the two main streets which traverse the town centre, or near the main square. The cuisine is ordinary and is apparently expensive relative to other areas of South America. We can recommend La Casona de Atacama and Las Delicias de Carmen. Try llama meat in Machuca, the village visited on the El Tatio tour, as well as empanadas, a pastry often stuffed with beef or cheese which is available in most restaurants in San Pedro de Atacama. 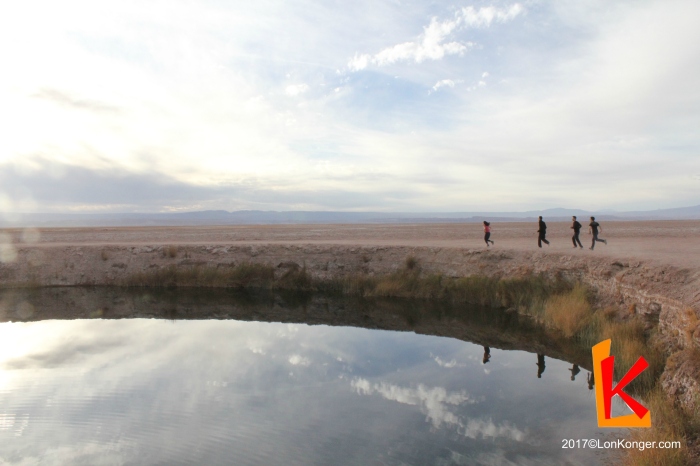 General tips:
– To reach San Pedro de Atacama, you fly into El Loa Airport in Calama, likely from Santiago, the capital of Chile. From there, you can organise transport from the airport to San Pedro de Atacama, which takes approximately one hour.
– San Pedro de Atacama is a town with many stray dogs. As with all strays, exercise caution and do not feed or touch them. Do not get too attached as some may even follow you to your hotel if you give them attention.
– In the Atacama Desert region, temperatures vary enormously throughout the day. In general, bring clothing and items that will both shelter you from the sun during the day and the near-freezing conditions at night. Carry lots of water with you throughout the day.
– When swimming in Laguna Cejar, be sure to avoid water contact above the neck, and rinse off with fresh water after swimming in the lagoon. There is a shower area next to the lagoon for rinsing off.

– We had planned to visit Valle de la Luna in the afternoon on the second day. We had booked the tour in advance via Viator, but our promised pickup did not appear at the agreed time. While the tour agency agreed to refund our trip, it was too late for us to join another group. Book your tours as you arrive in San Pedro de Atacama to avoid disappointment! Before handing over money to a tour agency, be sure to do your own research, or ask some locals and the hosts at your hotel. Most are happy to give advice regarding tour agencies.
– There are numerous other attractions in the area. For good day-hikes, opt for Kari Gorge or the nearby Sairecabur Volcano; for otherworldly rock formations, visit Valle de la Luna or Valle de la Muerte. Also look into visiting the highly mineralised Puritama Hot Springs or the Atacama Salt Flats. Some of the headline attractions can be reached by bicycle, but make sure you return to San Pedro before dark.

Click here for our next instalment, where we begin our adventures through the Bolivian high plains.

This post is contributed by Terence and edited by LonKonger.
Photo Credits: Yinnie Tong, Catherine Yuen, and Keith Chan